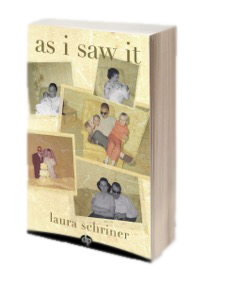 As I Saw It

Roy was 26 years old when he finally figured out that he was making life much harder than it really had to be.  He left the hoodlum lifestyle behind for good and started going to college.  He met a beautiful classmate that he fell in love with.  When he asked her to marry him a few months later, she said “yes.”  Life was finally going well after all the trouble he had caused himself…..and then tragedy struck in his life.  Roy was in an accident that left him totally blind.  He spent months in the hospital recovering and had to quit his job and college.  The person he needed the most at this time in his life told him “I don’t want to be married to a blind man,” and walked out of his life forever.  It wasn’t the life he had planned for himself.  Life seemed bleak to him.  He was now in total darkness, and he couldn’t fathom what his future would hold.

Diane was 6 years old when she started having trouble seeing the chalkboard in class.  Her teachers moved her to the front of the class, but she still couldn’t see well enough to make out the writing.   She sat in her class the next six months falling farther and farther behind unable to keep up with the other kids.  She was taken far away from her family so she could attend a school for the blind where she would live the next 11 years of her life only able to see her family during the summers and Christmas breaks.

Their childhoods were completely different, but somehow the world brought the two of them together.  That fateful meeting would happily change their lives forever.